Telekinesis: The Power of Mind over Matter - Mind Force Library

Telekinesis: The Power of Mind over Matter

Do you believe in psychic ability? The ability of the mind to do far more than what we can actually imagine. There are various claimed psychic powers including the ability to predict events before they happen (precognition), the creation of fire using the mind (pyrokinesis), and the transmission of thoughts from one person to another without physical interaction or the use of the sensory channels. How about telekinesis?

It is said that there is psychological or physiological evidence behind the human brain’s capability to do more of what it can actually do. They say that we only use 10 % of our brain. And physics who use more of their brain than others are capable of having physic abilities including telekinesis. Can you ever imagine what more can we accomplish if we could make use 90% of our brains?

What do we really mean by “mind over matter” or simply telekinesis?

Before we delve in into the deeper meaning of telekinesis, let’s take a glimpse back on its history.

According to an article published on LiveScience.com, the power of telekinesis was seen as an ability in the late 1800s.

The idea of people being able to move objects through mind power alone has intrigued people for centuries, though only in the late 1800s was it seen as an ability that might be scientifically demonstrated. This occurred during the heyday of the early religion Spiritualism when psychic mediums claimed to contact the dead during séances, and objects would suddenly and mysteriously move, float, or fly by themselves across the darkened room, seemingly untouched by human hands. Sometimes small tables would tip or levitate, disturbed either by unseen spirits or the psychic’s mind.A few decades later, in the 1970s, a man named Uri Geller became the world’s best-known psychic and made millions traveling the world demonstrating his claimed psychokinetic abilities including starting broken watches and bending spoons. Though he denied using magic tricks, many skeptical researchers observed that all of Geller’s amazing feats could be — and have been — duplicated by magicians.

So, what are some of the signs and manifestations of telekinesis? Some of these are the abilities to:

Some experts who have conducted various studies claim that each of us is gifted with these “paranormal” abilities that once were completely natural. For now, some become stagnant and just need to be reactivated.

It’s for you to find out… 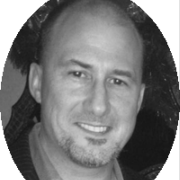